We are excited by the growing list of publications that The Lost Arts is part of!

Natural handcrafted hemp soap bars from The Lost Arts were included in celebrity gift bags prepared by The Artisan Group® in honor of Earth Day 2014. You can read all about it here, including the names of the 25 celebrity recipients!

In association with The Artisan Group, we participated in an invitation-only luxury celebrity gift lounge hosted by GBK Productions on April 11-12, 2014 at an exclusive location in Beverly Hills, California, in honor of the 2014 MTV Movie Awards Nominees and Presenters. Our brand-new Movie Popcorn soap was gifted to select members of the press and media at The Artisan Group’s exhibit. Here is the press release that appeared in the Alpharetta-Milton Patch. 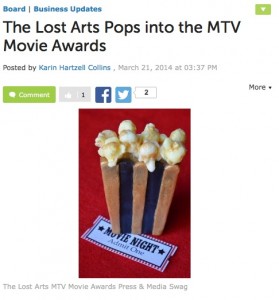 The Lost Arts was featured in the February 6, 2014, issue of Think Art Loud, a blog dedicated to “Inspiring, Encouraging, and Promoting the Handmade Arts and Artists”! In That’s cool! Thursday: A Selection of Scent-sational Artwork, blogger Laura Hepworth of Handmaden Designs introduces the concept of “fragrance artists.” An excerpt is provided here, but please click on the blog link and check out her full post. 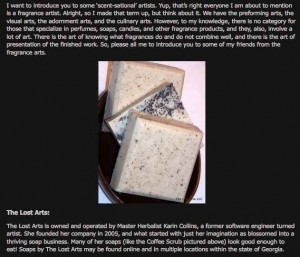 Northside Woman is a magazine serving the northern suburbs of metro Atlanta. In May 2013, the following article appeared: 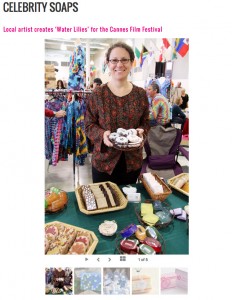 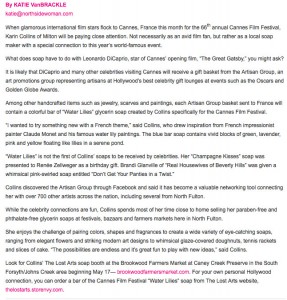 Several of our soaps were featured in this gorgeous catalog, the handmade wedding – Spring 2013! 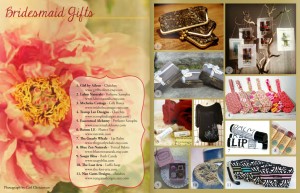 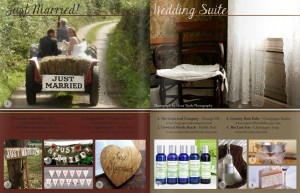